General admission tickets for $5 will go on sale Tuesday, September 6, 12 pm noon and will be available on this webpage. For more information on season subscriptions, click here.

Renowned poet and activist Javier Zamora will read from his new memoir Solito, followed by an on-stage conversation with Daniel Peña, award-winning author of Bang. The evening will conclude with a book sale and signing. 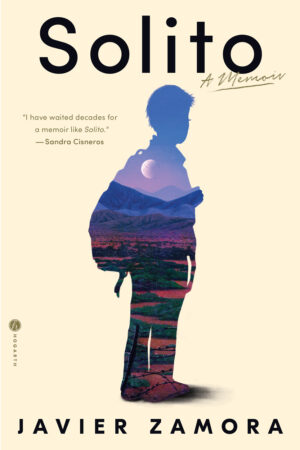 JAVIER ZAMORA is a renowned poet and activist who migrated alone from El Salvador to the U.S. at the age of nine. He published his first chapbook Nueve Años Inmigrantes at the age of 21 and his debut poetry collection Unaccompanied, published in 2017, explores the devastating impacts of the U.S-funded Salvadoran Civil War on his family – his father fled the country when Javier was one, and his mother when he was four. About the collection, Latino Book Review writes, “Zamora insists that the stories he houses in his blood deserve to be told, and in the telling he has created a truly astonishing debut.” His poems have appeared in Granta, The Kenyon Review, and The New York Times. Zamora has received fellowships from Harvard, Stanford, the National Endowment for the Arts, and the Poetry Foundation.

Zamora joins us to read from and talk about his new memoir Solito, the story of his treacherous 3,000-mile journey through Guatemala, Mexico, and the Sonoran Desert and “the lengths humans will go to help each other in times of struggle” (Dave Eggers). “An instant classic, not only of the United States of America, but of all the Americas” (Jose Antonio Vargas). Solito chronicles two life-altering months of perilous boat trips, relentless desert treks, and sudden violent arrests alongside a group of fellow migrants. According to Sandra Cisneros, this moving tale is “the mythic journey of our era….I have waited decades for a memoir like Solito” and Francisco Cantú calls it, “a new landmark in the literature of migration, and in nonfiction writ large.” Emma Straub writes, “Solito is a stone-cold masterpiece, an absolute masterpiece. I know I used that word twice. That’s how you know I mean it.” Zamora lives in Tucson and is a founding member of the Undocupoets, an activism group that raises awareness about the structural barriers undocumented writers face in the literary community.

DANIEL PEÑA is a Pushcart Prize-winning author, formerly a Fulbright-Garcia Robles Scholar at UNAM in Mexico City and a Picador Guest Professor in Leipzig, Germany, and currently Assistant Professor of English at the University of North Texas. His debut novel Bang was published in 2018 to critical acclaim, and his essay collection How to Look Away is forthcoming. He is a regular contributor to The Guardian and the Ploughshares blog, and his work has been featured in The Rumpus, The Kenyon Review, Texas Monthly, NBC News, and The New York Times Magazine.