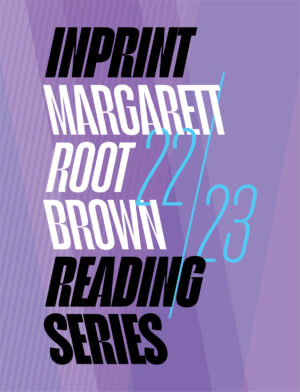 DETAILS AND HOW TO WATCH: This is an online rebroadcast of Yiyun Li and Matthew Salesses’ live event as part of the 2022/2023 Inprint Margarett Root Brown Reading Series. This online event will be accessible from the Inprint website. Details on how to access the reading will be provided to season subscribers. Those who purchase general admission tickets for this rebroadcast event will be provided the viewing link on their Eventbrite email receipt.

MacArthur Fellow Yiyun Li and Inprint fellowship and prize recipient Matthew Salesses will read from their new novels The Book of Goose and The Sense of Wonder, followed by an on-stage conversation with Brenda Peynado, author of The Rock Eaters and UH Creative Writing Program faculty member.

BOOK DISCOUNTS: Our partners at Brazos Bookstore are offering a 10% discount on The Book of Goose by Yiyun Li and The Sense of Wonder by Matthew Salesses. To receive the discount, buy your copies at brazosbookstore.com from now through January 29 using the coupon code INPRINT. 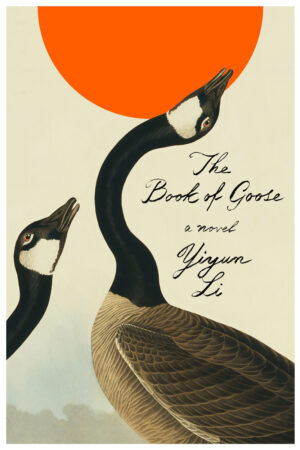 YIYUN LI, a MacArthur Fellow, has been described by Salman Rushdie as “one of our major novelists.” She is the author of nine books, including the novels Must I Go, Where Reasons End, and The Vagrants, the short story collection A Thousand Years of Good Prayers, and the memoir Dear Friend, from My Life I Write to You in Your Life. About her profound meditations on grief and loss, The Washington Post writes, “Li has stared in the face of much that is beautiful and ugly and treacherous and illuminating – and from her experience she has produced a nourishing exploration of the will to live willfully.”

She joins us to share her new novel The Book of Goose, a story of fate, art, influence, and intimacy between childhood best friends. When Agnès receives news of Fabienne’s death after years of estrangement, she is forced to reconsider Fabienne’s fraught role in helping her escape their war-ravaged town and launch a successful writing career. According to Sigrid Nunez, “Any new book by Yiyun Li is cause for celebration, but now more than ever do we need the clarity and humaneness of her vision.” Her work has been translated into more than 20 languages, and her honors include a Guggenheim Foundation Fellowship, the Windham Campbell Prize, the PEN/Malamud Award, and the PEN/Hemingway Award. Li is a contributing editor for A Public Space and throughout the pandemic led a virtual book club on Leo Tolstoy’s War and Peace. She was born in Beijing and serves as the Director of the Creative Writing Program at Princeton University. 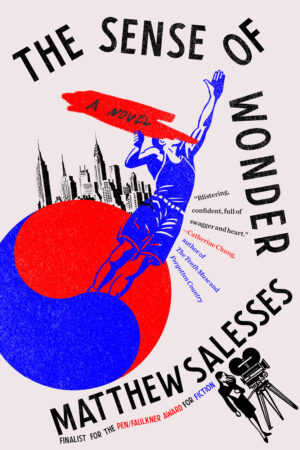 MATTHEW SALESSES is “definitely a writer to watch” (Robert Boswell). A former Houstonian, Salesses received an Inprint C. Glenn Cambor Fellowship and the Inprint Marion Barthelme Prize in Creative Writing while earning his PhD from the University of Houston Creative Writing Program. He is the author of four novels, including I’m Not Saying, I’m Just Saying, The Hundred Year Flood, and the PEN/Faulkner Award finalist Disappear Doppelgänger Disappear. He has also written a nonfiction book called Craft in the Real World, which explores alternative models of the writing workshop for marginalized writers and was greatly informed by his time teaching Inprint Writers Workshops. About the book, Laila Lalami in The New York Times writes, Craft in the Real World “is a significant contribution to discussions of the art of fiction and a necessary challenge to received views about whose stories are told, how they are told, and for whom they are intended.” Salesses was named one of Buzzfeed’s 32 Essential Asian American Writers, and his essays on adoption, race, and parenting have appeared in The New York Times, The Guardian, NPR Code Switch, and Salon.

He joins us to read from and talk about his new novel The Sense of Wonder, “equal parts a love letter to the intricate art form of basketball; a blade-sharp page-turner that delves deep into the rotten heart of America; and an ode to K-drama and the liberating power of love” (Laura van den Berg). According to Catherine Chung, “Matthew Salesses’s new novel is so freaking good I can’t stand it. Blistering, confident, full of swagger and heart, it is also an exhilaratingly smart treatise on race and our collective imagination that lays bare our limitations before blasting joyfully past them.” Salesses was adopted from Korea at age two and teaches creative writing at Columbia University.