DETAILS AND HOW TO WATCH: This is an online rebroadcast of Mohsin Hamid’s live event as part of the 2022/2023 Inprint Margarett Root Brown Reading Series. This online event will be accessible from the Inprint website. Details on how to access the reading will be provided to season subscribers. Those who purchase general admission tickets for this rebroadcast event will be provided the viewing link on their Eventbrite email receipt.

BOOK DISCOUNTS: Our partners at Brazos Bookstore are offering a 10% discount on The Last White Man by Mohsin Hamid. To receive the discount, order your copy of Hamid’s new book at brazosbookstore.com from now through August 7th using the coupon code INPRINT. 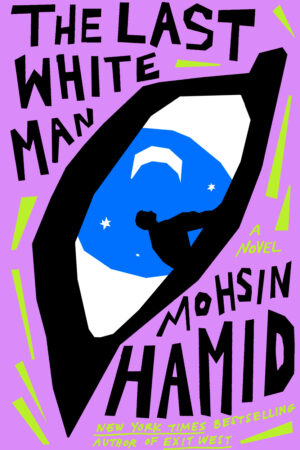 MOHSIN HAMID is “one of his generation’s most inventive and gifted writers” (The New York Times). Hamid’s debut novel Moth Smoke was a finalist for the PEN/Hemingway Award and selected as a New York Times “Notable Book of the Year.” He is also the author of the international bestsellers The Reluctant Fundamentalist and Exit West, both of which were shortlisted for the Booker Prize. Exit West is being adapted into a film starring Riz Ahmed by Netflix and Higher Ground Productions, Michelle and President Barack Obama’s production company. According to The Guardian, his third novel How to Get Filthy Rich in Rising Asia (from which he read in the 2013-2014 Inprint Brown Reading Series) “shows a writer at the height of his powers, with a hell of a story to tell.” Hamid’s essays on globalization, economics, and identity, many of which are included in his collection Discontent and its Civilizations, have appeared in The New York Times, The Guardian, The New Yorker, Granta, TIME, The Washington Post, and The Paris Review.

Hamid will read from and talk about his new novel The Last White Man, a story of loss, love, and rediscovery that “reimagines Kakfa’s iconic The Metamorphosis for our racially charged era” (Oprah Daily). About the book, Ayad Akhtar writes, “The Last White Man is perhaps Hamid’s most remarkable work yet….an extraordinary vision of human possibility.” “A provocative tale that raises questions of racial and social justice at every turn” (Kirkus, starred review), The Last White Man was named a “Best Book of the Summer” by TIME, ELLE, USA Today, and Entertainment Weekly. Hamid divides his time between Lahore, New York, and London.

CHITRA BANERJEE DIVAKARUNI is an American Book Award winner, poet, activist, and teacher. She is the author of 20 books including The Forest of Enchantments, Mistress of Spices, Sister of My Heart, Oleander Girl, Before We Visit the Goddess and Palace of Illusions. Her latest novel The Last Queen received the Times of India Best Fiction Award and the Best Book Award from The International Association of Working Women. She is the McDavid Professor of Creative Writing at the University of Houston.