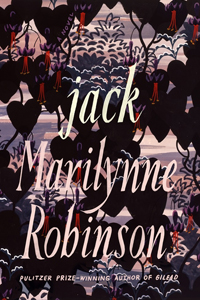 Marilynne Robinson will give a short reading from her new novel Jack, followed by a conversation with novelist and physician Chris Adrian. For more information on the 2020-2021 Inprint Margarett Root Brown Reading Series click here.

Marilynne Robinson – “so powerful a writer that she can reshape how we read’’ (Mark Athitakis, Chicago Sun Times), whose work “manages to convey the miracle of existence itself” (Merle Rubin, Los Angeles Times Book Review) – received the 2016 Library of Congress Prize in American Fiction and a 2012 National Humanities Medal, awarded by President Barack Obama for “her grace and intelligence in writing.” She joins us to read from and talk about her new novel, Jack, “Robinson’s stellar, revelatory fourth entry in her Gilead cycle… a beautiful, superbly crafted meditation on the redemption and transcendence that love affords” (Publishers Weekly, starred review). Her other novels include Gilead, winner of the 2005 Pulitzer Prize for Fiction and the National Book Critics Circle Award; Home, winner of the Orange Prize and the Los Angeles Times Book Prize; Lila, winner of the National Book Critics Circle Award; and Housekeeping, her debut, winner of the PEN/Hemingway Award. Her nonfiction books include The Givenness of Things, When I Was a Child I Read Books, Absence of Mind, The Death of Adam, and Mother Country. She lives in Iowa City, Iowa.

Chris Adrian is the author of four novels, including Gob’s Grief, The Great Night, andThe Children’s Hospital, and a collection of short stories, A Better Angel. He studied with Marilynne Robinson at the Iowa Writers Workshop and holds a masters in divinity from Harvard. He is a physician and currently works as a pediatric palliative care provider in Los Angeles.