Tintero Projects brings you a series of writing workshops at Inprint this October, led by Houston’s top Latinx writers

The final of these four generative workshops will be led by Zachary Caballero.

Registration is free and open to the public, writers of color especially encouraged to attend

1st hour – a “brainstorming session” to get the words together 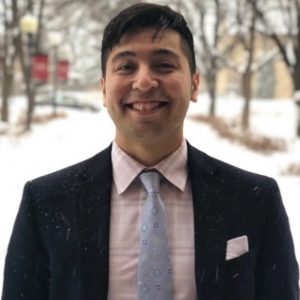 Zachary Caballero is a Mexican-American poet from Texas. He graduated from the University of Texas-Austin with a BA in English and History. He was a member of the 2010 Austin Youth National Poetry Slam Team, They Speak Youth Poetry Slam and a two-time member of the Austin Poetry Slam’s National Team in 2013 and 2014. He co-founded the University of Texas’ only poetry organization, Spitshine Poetry in 2011. Caballero co-coached Spitshine’s 2014 National Slam Team, which took first place at the College Union Poetry Slam Invitational. In 2014, Caballero worked as a member of FutureCorps, a team of poets, teachers and activists who helped organize and run the 2014 International Youth Poetry Festival, Brave New Voices, hosted by Youth Speaks. He has toured nationally and taught writing and performance workshops throughout Texas. Currently, he works for Writers In The Schools (WITS), recently graduated from law school, writes and performs poems, and watches the rain in Houston, Texas. He currently practices contract law in the HOU and has one heart, and it is a homemade tortilla.

About Tintero Projects: Founded by poets Lupe and Jasminne Mendez, Tintero Projects/Proyectos Tintero aims to promote writing and reading opportunities for emerging Latinx poets and writers in the Houston/Galveston/Gulf Coast Region.  Tintero Projects is the emerging writers’ arm of Nuestra Palabra: Latino Writers Having Their Say, focusing on creating workshop and open-mic opportunities in Spanish, English, Spanglish, Indigenous Languages, and Portuguese, and helping to establish a network of Latinx community-based writers. Currently, Tintero Projects hosts poetry readings in collaboration with local venues and organizations across the city of Houston to showcase the work of national and international Latinx/Latin American writers, hosts a biannual writing workshop series consisting of four sessions per month in the fall and in the spring, and provides a monthly open mic series. For more information click here.