Speak!Poet is the innovative poetry reading and discussion series that explores an exchange of ideas and practical learning between working poets. Each event pairs two well-known Houston poets who present and discuss their work in an interview format. The reading and interview are followed by a Q&A with the audience. Speak!Poet is produced by Stephen Gros, who emcees the events, and by Winston Derden, who moderates the discussion with poets and audience.

John Gorman came to Texas in 1974 as a founding faculty member of UH-Clear Lake. He retired in 2014 and is now Professor Emeritus of Literature. A poet since his mid-twenties, he has taught creative writing, American literature, modern poetry, and courses in the history of ideas. UHCL’s literary magazine, Bayousphere, grew out of one of his early classes. He has long directed the monthly Poets Roundtable working group in Galveston. He is a regular at First Friday—Houston’s longest running reading series — and has been Juried Poet, Guest Poet, Judge, and workshop leader at Houston Poetry Fest. His poetry has appeared in more than two dozen Texas publications with more nationally and in Canada. Two chapbook collections, Perry Como Sings and Public Places, were issued by Mac*Kinations Press. A third collection, The Oxford of the Floodplain was published by UH-CL as part of its twentieth anniversary celebration. His latest chapbook, Red Pontiac Convertible, came out in December 2011. His “Up from the Ruck” appears in the recent Mutabilis Press anthology Untamable City: Poems on the Nature of Houston. 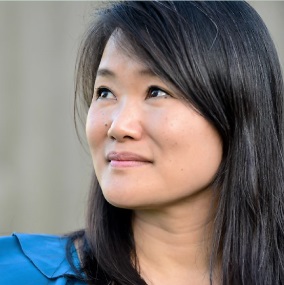 Choonwha Moon was born in Seoul, South Korea. She earned a BA and MFA from the University of Florida and is a member of the Gulf Coast Poets Society. Her published poems appear in Austin International Poetry Fest 2015 and the Dos Gatos Press Texas Poetry Calendar 2016, as well as Houston Poetry Fest Anthologies. She won the Lorene Pouncey Memorial Award in 2015.  She has appeared as a featured poet for First Friday’s Inprint Reading Series, Friendswood Library’s Off the Page Poetry Series, and Public Poetry, and will be the featured poet at the 2016 Houston Poetry Festival in October.