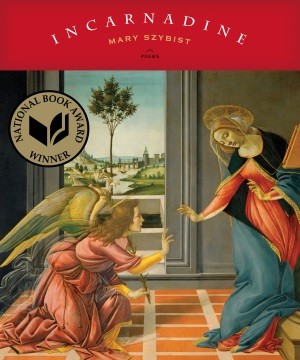 MARY SZYBIST—who, according to the Christian Science Monitor, “with her intelligence and understated grace … may become one of the best-known writers of her generation”—caught the poetry world’s attention when she received the 2013 National Book Award for her second collection Incarnadine. The Los Angeles Review of Books called the collection “smart, unflinching, beautiful,” and the National Book Award Committee described it as “a religious book for nonbelievers, or a book of necessary doubts for the faithful.” The collection was included inPublishers Weekly Top Five Poetry Books of 2013 and was named Amazon’s 2013 Best Book of the Year in Poetry. Her first collection Granted was a finalist for the 2003 National Book Critics Circle Award and was included in the Library Journal’s “Best Poetry of 2003.” Szybist is the recipient of a Pushcart Prize, a Rona Jaffe Foundation Writers’ Award, and other awards and honors. KEVIN YOUNG, whom the San Francisco Chroniclepraises as “one of the most talented poets in the United States,” is the author of eight poetry collections and the editor of eight anthologies. His collection Ardency: A Chronicle of the Amistad Rebels won the 2012 American Book Award, and Jelly Roll: A Blues won the Paterson Poetry Prize and was a finalist for the National Book Award. The Grey Album: On the Blackness of Blackness won the Graywolf Nonfiction Prize and a PEN Open Book Award, and was a New York Times Notable Book. The New York Times describes his latest collection Book of Hours, which includes poems about the death of his father and the birth of his son, as “Young’s most personal — and yet universal — to date…. ‘Book of Hours’ is a handbook for those who, left behind by the dead, still live.” The Boston Globe says, “Kevin Young captures . . . loss with stark beauty . . . .  Young’s poems have music within them.”

To order books by the poets at a discount click here.

“Kevin Young On Blues, Poetry And ‘Laughing To Keep From Crying,’” an interview on NPR’s Fresh Air with Terry Gross, March 4, 2014.

Interview with Kevin Young about his new poetry collection Book of Hours, in the Chicago Tribune, March 7, 2014.

“A World Beyond the Glass: An Interview with Mary Szybist,” by Alex Dueben, the Paris Review, April 8, 2014.

Five poems from Incardine, the winner of the 2013 National Book Award for Poetry.