Monday April 18, 2016 7:30 pm
THIS READING HAS BEEN CANCELLED DUE TO THE THREAT OF FLOODING

DUE TO THE THREAT OF FLOODING, THIS READING AND CRAFT TALK HAVE BEEN CANCELLED. WE APOLOGIZE IN ADVANCE FOR ANY INCONVENIENCE THIS MAY CAUSE.

TONY HOAGLAND’s “imagination ranges thrillingly across manners, morals, sexual doings, kinds of speech both lyrical and candid, intimate as well as wild,” writes the American Academy of Arts and Letters. Recipient of the Jackson Poetry Prize, Mark Twain Award, and Hardison Prize, Hoagland’s five collections include the James Laughlin Award-winning Donkey Gospel, What Narcissism Means to Me, Unincorporated Persons in the Late Honda Dynasty, and his new book Application for Release from the Dream (to be issued September 1). He is also author of two essay collections, Real Sofistikashun (a finalist for the National Book Critics Circle Award) and Twenty Poems that Could Save America. The Jackson Prize judges write, “It’s hard to imagine any aspect of contemporary American life that couldn’t make its way into the writing of Tony Hoagland…. He is a poet of risk: he risks wild laughter in poems that are totally heartfelt.” He teaches at the UH Creative Writing Program. 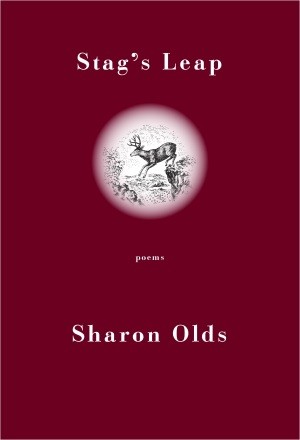 SHARON OLDS, who was told in an early rejection to submit her poems to Ladies Home Journal, is now one of contemporary poetry’s leading voices. The author of a dozen collections, including The Unswept Room and One Secret Thing, she won the Pulitzer Prize and T.S. Eliot Prize (the first American female poet to win it) for her most recent book Stag’s Leap, which deals with the breakup of her 32-year marriage. She also won National Book Critics Circle Awards for Strike Sparks: Selected Poems 1980-2002 and The Dead and the Living. Michael Ondaatje calls her poetry “pure fire in the hands,” cheering the “roughness and humor and brag and tenderness and completion in her work as she carries the reader through rooms of passion and loss.” Olds teaches at New York University and is a founder of the NYU writing workshops at Goldwater Hospital and for veterans who served in Iraq and Afghanistan.

To order books by Tony Hoagland & Sharon Olds at a discount click here.

“Unarrestable: The Poetic Development of Sharon Olds” from Twenty Poems That Could Save America and Other Essays. Copyright © 2014 by Tony Hoagland. Reproduced with the permission of Graywolf Press, Minneapolis, Minnesota, http://www.graywolfpress.org

“Twenty Little Poems that Could Save America,” by Tony Hoagland in Harper’s Magazine

A review of “Unincorporated Persons in the Late Honda Dynasty,” by Dwight Garner, The New York Times

“Sharon Olds: Confessions of a Divorce,” an interview in The Guardian

“What We Can Learn from Sharon Olds and Sylvia Plath about Poetry and Confession,” in The Huffington Post

An interview with Sharon Olds by Amy Hempel in Bomb

Sharon Olds reading her poem I Go Back to May, 1937 on PBS.org