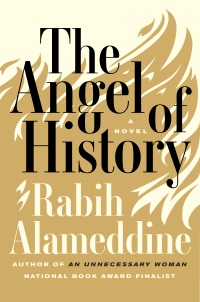 General admission tickets for $5 will be available at the door starting at 6:45 pm, free for students and senior citizens 65+. Online ticket sales have closed.

RABIH ALAMEDDINE, “master of the non-linear narrative” (The Guardian), is according to Michael Chabon, “one of our most daring writers—daring not in the cheap sense of lurid or racy, but as a surgeon, a philosopher, an explorer, or a dancer.” His novel An Unnecessary Woman, which The New York Times called “beautiful and absorbing … a meditation on, among other things, aging, politics, literature, loneliness, grief and resilience,” was a finalist for both the National Book Award and National Book Critics Circle Award, and on “best book” lists for The Washington Post, NPR, and The Christian Science Monitor. He is also author of The Hakawati, Koolaids, and I, the Divine, and the story collection The Perv. He will read from his new novel The Angel of History, which tells the story of a Yemeni poet who, with the help of Satan, Death, and 14 angels, reflects on his past in Cairo, Beirut, and San Francisco during the AIDS epidemic. 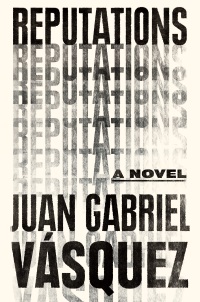 JUAN GABRIEL VÁSQUEZ is one of Latin America’s leading writers. His international bestseller The Sound of Things Falling, which Booklist called “a masterpiece,” won the 2014 International IMPAC Dublin Literary Award, the Alfaguara Novel Prize, and the English PEN Award. In the novel, which looks back on Colombia’s drug war, “Vásquez creates characters whose memories resonate powerfully across an ingeniously interlocking structure” (The New Republic). His other works in English include The Informers, The Secret History of Costaguana, and the story collection Lovers on All Saints’ Day. He has translated the works of John Hersey, Victor Hugo, and E. M. Forster into Spanish, and his own work has been published in 28 languages. He will read from his novel Reputations, coming out in the U.S. in September. Told from the point of view of an aging, legendary political cartoonist, Library Journal calls it “a reverberant new work about a life suddenly challenged… [The] response has been ecstatic.”

Inprint and Houston Public Media will be live streaming this reading on inprinthouston.org and houstonpublicmedia.org/inprint. Join us online on Monday, November 21, 7:30 pm if you are unable to join us at the Alley Theatre.

Houston Public Media interviewed Rabih Alameddine and played a portion of the interview on Houston Matters on November 18, 2016, and posted a longer version online

“Once Upon Many Times,” by Lorraine Adams, The New York Times Sunday Book Review, May 18, 2008

“The Drug Trade Destroys A Generation—Quietly—In Falling,” by Marcela Valdes on npr.org, July 30, 2013