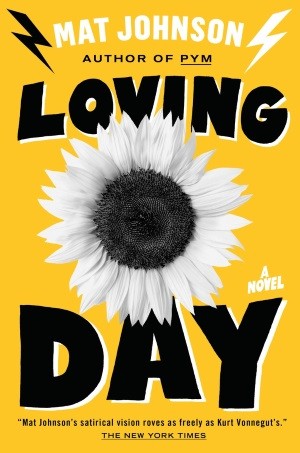 MAT JOHNSON “is one of the funniest writers in America…. [He] gets at the heart of what it means to be a person—and he does so with more skill, generosity and, yes, love, than just about anyone else writing fiction today” (NPR). Johnson is author of four novels, including Pym, Hunting in Harlem, winner of the Hurston/Wright Legacy Award, and Drop; the nonfiction novella The Great Negro Plot; and three graphic novels, including Incognegro. Dwight Garner in The New York Times says his most recent novel Loving Day “is about being blackish in America, a subject about which Mr. Johnson has emerged as satirist, historian, spy, social media trickster…. a powerful comic observer…. always worth reading on the topics of race and privilege.” Johnson was the first USA James Baldwin Fellow and has won the John Dos Passos Prize for Literature. He teaches at the UH Creative Writing Program. HELEN OYEYEMI “is one of our most exciting, witty, and questioning novelists as well as quite simply a writer of sentences so elegant that they gleam” (Times Literary Supplement). Oyeyemi’s novel Boy, Snow, Bird, loosely based on Snow White, became a 2014 New York Times Notable Book and was described by Kirkus Reviews as “riveting, brilliant, and emotionally rich…. this masterpiece… captures both the complexities of racial and gender identity in the 20th century and the more intimate complexities of love in all its guises.” Her other works include the novels The Icarus Girl (written while in high school); White Is for Witching, winner of the Somerset Maugham Award; and Mr. Fox, which won the Hurston/Wright Legacy Award. In 2013 Oyeyemi was named one of Granta’s “Best Young British Novelists.” She will read from What Is Not Yours Is Not Yours, her new story collection coming out in March 2016.

“You get a cookie for being offended: Mat Johnson on the fine art of racial satire,” by Laura Miller in Salon.com

“Novelist Mat Johnson Explores the ‘Optical Illusion’ of Being Biracial,” an interview on NPR.org

“Proving My Blackness,” by Mat Johnson, in the Lives column of The New York Times Magazine

“The Professionally Haunted Life of Helen Oyeyemi,” an interview by Annalisa Quinn on NRP.org

A Review of Snow, Boy, Bird in The New York Times Sunday Review of Books

An interview with Helen Oyeyemi in The Guardian