This livestream reading will be accessible from the Inprint website. Details on how to access the reading will be provided to season subscribers and to those who purchase general admission tickets in the Eventbrite email receipt.

Lily King and Chang-rae Lee will give short readings from their new novels Writers & Lovers and My Year Abroad, followed by a conversation with Maggie Galehouse, a writer and editor in Houston and former book editor at the Houston Chronicle. For more information about the 2020/2021 Inprint Margarett Root Brown Reading Series, click here.

BOOK DISCOUNTS: Our partners at Brazos Bookstore are offering a 10% discount on Writers & Lovers by Lily King and My Year Abroad by Chang-rae Lee. To receive the discount, order your copy of new books by King and Lee at www.brazosbookstore.com starting three weeks prior to two days after the event. Enter INPRINT in the Coupon Code box in the Shopping Cart and then click on Apply To Order. 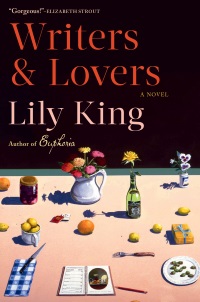 Lily King is, according to Madeline Miller, “one of our great literary treasures.” Her debut novel The Pleasing Hour was a New York Times Notable Book and winner of a Whiting Award. Her other novels include The English Teacher, a Publishers Weekly Top Ten Book of the Year; and Father of the Rain, winner of the New England Book Award and Publishers Weekly Best Novel of the Year. The New York Times Book Review, in a front page review, describes King’s novel Euphoria – one of the Times 10 Best Books of 2014 – as “a taut, witty, fiercely intelligent tale of competing egos and desires in a landscape of exotic menace.” King joins us to read from and talk about her new novel Writers & Lovers, which “captures the agita of an early-life crisis and the eccentricities of a writer’s life, spiking the narrative with wit, sumptuous imagery, and hilarious skewerings of literary elitism” (People). “Writers & Lovers made me happy,” says Ann Patchett. “Even as the narrator grieves the loss of her mother and struggles to make art and keep a roof over her head, the novel is suffused with hopefulness and kindness.” 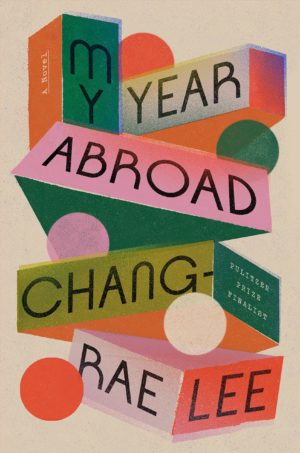 Of Chang-rae Lee’s 2014 novel, On Such a Full Sea, Porochista Khakpour wrote in The Los Angeles Times: “I’ve never been a fan of grand hyperbolic declarations in book reviews, but… I have no choice but to ask: Who is a greater novelist than Chang-rae Lee today?” His four earlier critically acclaimed novels include Native Speaker, winner of the PEN/Hemingway Award; A Gesture Life, recipient of the Anisfield-Wolf Book Award; Aloft, winner of the Asian/Pacific American Award for Literature; and The Surrendered, winner of the Dayton Literary Peace Prize and finalist for the Pulitzer Prize – “masterful, … burst with drama and human anguish as it documents the ravages and indelible effects of war.” Lee joins us to read from and talk about his latest book My Year Abroad, which Jeffrey Eugenides calls “a tender novel about business, ambition, and appetite. With great generosity, and in a searching, democratic spirit, Chang-rae Lee describes the enticements, mirages, pleasures and catastrophes that attend not only the pursuit of wealth but the pursuit of happiness in all its forms, romantic, domestic, and, yes, gustatory.” The New York Times Book Review adds, “Lee has engaged in this kind of global revision of our idea of the American suburb for some time, but in case you’re imagining some stately, somber affair, let me assure you that My Year Abroad is a wild-ride picaresque, wisecracking, funny, ambitious, full of sex and danger.”