This livestream reading will be accessible from the Inprint website. Details on how to access the reading will be provided to season subscribers and to those who purchase general admission tickets in the Eventbrite email receipt. General admission tickets purchased in the United States include a hardcover copy of Klara and the Sun shipped via snail mail a week after the reading.

Nobel Laureate Kazuo Ishiguro will give a short reading from his new novel Klara and the Sun, followed by a conversation with fiction writer Jim Shepard. This livestream event, part of the 40th anniversary 2020/2021 Inprint Margarett Root Brown Reading Series, is presented in partnership with Arts & Letters Live. For more information, click here. 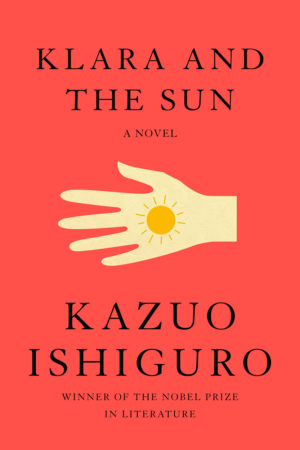 Kazuo Ishiguro – Japanese-born British author – was praised by the Nobel Prize committee when he was selected for the honor in 2017 as a writer “who, in novels of great emotional force, has uncovered the abyss beneath our illusory sense of connection with the world.” His eight previous works of fiction have earned many awards and been translated into more than 50 languages. His second novel, An Artist of the Floating World, won Britain’s Whitbread Book of the Year Award. The Remains of the Day, winner of the Booker Prize, and Never Let Me Go, named Time magazine’s Best Novel of the Year, each sold more than two million copies and were adapted into acclaimed films. Ishiguro received English knighthood in 2018 for “services to literature,” as well as the honors of Chevalier de l’Ordre des Arts et des Lettres from France and Order of the Rising Sun, Gold and Silver Star from Japan. He will join us to talk about his new novel, Klara and the Sun, in which, “as with Ishiguro’s other works, the rich inner reflections of his protagonists offer big takeaways, and Klara’s quiet but astute observations of human nature land with profound gravity” (Publishers Weekly starred review). The Los Angeles Times calls it “moving and beautiful… a meditation in the subtlest shades on the subject of whether our species will be able to live with everything it has created… not art about feelings, but the feelings themselves.” He lives in London, England.

Jim Shepard is the author of seven novels, most recently The Book of Aron, winner of the 2016 PEN New England Award and a finalist for the National Jewish Book Award. He has also published five short story collections, including “The World to Come” and “Like You’d Understand,” and his fiction has appeared in The New Yorker, Harper’s Magazine, McSweeney’s, The Paris Review, and The Atlantic, among other magazines. His new book, Phase Six, will be published by Penguin Random House in May 2021. He currently teaches creative writing and film at Williams College.