This livestream reading will be accessible from the Inprint website. Details on how to access the reading will be provided to season subscribers and to those who purchase $25 general admission tickets in the Eventbrite email receipt. General admission tickets purchased in the United States include a hardcover copy of Whereabouts shipped via snail mail a week after the reading.

Jhumpa Lahiri will give a short reading from her new novel Whereabouts, followed by a conversation with American Book Award winner Yaa Gyasi, author of Homegoing, and her new novel Transcendent Kingdom. 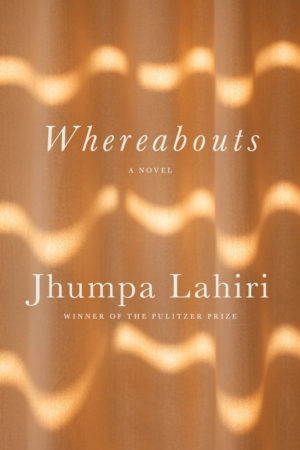 Jhumpa Lahiri is, according to The New York Times, “a writer of uncommon elegance and poise.” Her debut story collection Interpreter of Maladies was awarded the Pulitzer Prize, the PEN/Hemingway Award, and The New Yorker Debut of the Year. Her novel The Namesake and story collection Unaccustomed Earth, both New York Times bestsellers, were noted for their “poignant treatment of the immigrant experience, which is a rich, stimulating fusion of authentic emotion, ironic observation, and revealing details” (Library Journal). The Lowlands, a Booker Prize and National Book Award finalist, was hailed as “a magnificent work of literature… that astutely examines the psychological nuances of conviction, guilt, grief, marriage, and parenthood” (Publishers Weekly). Lahiri received a National Humanities Medal from President Barack Obama and the Premio Internazionale Viareggoi-Versilia for In Other Words, her first non-fiction work written in Italian. She will join us to read from and talk about her new novel Whereabouts, named “A Most Anticipated Novel of 2021” by Time, Vogue, The Oprah Magazine, and elsewhere, which Lahiri wrote (and published) in Italian and has translated into English. Publishers Weekly calls it a “beautifully written portrait of a life in passage… that captures the hopes, frustrations, and longings of solitude and remembrance.” Lahiri is currently the director of Princeton University’s Program in Creative Writing and also resides in Rome.