This is a livestream reading and will be accessible from the Inprint website. Details on how to access the reading will be provided to season subscribers and to those who purchase $5 general admission tickets in their Eventbrite email receipts.

EVENT DETAILS: Honorée Fanonne Jeffers and Tiphanie Yanique will give brief readings from their new novels The Love Songs of W.E.B. Du Bois and Monster in the Middle, followed by a conversation with Joy Sewing, Lifestyle and Culture Columnist at the Houston Chronicle.

BOOK DISCOUNTS: Our partners at Brazos Bookstore are offering a 10% discount on The Love Songs of W.E.B. Du Bois by Honorée Fanonne Jeffers and Monster in the Middle by Tiphanie Yanique. To receive the discount, order your copies of their new books at www.brazosbookstore.com from now through January 26th using the coupon code INPRINT. 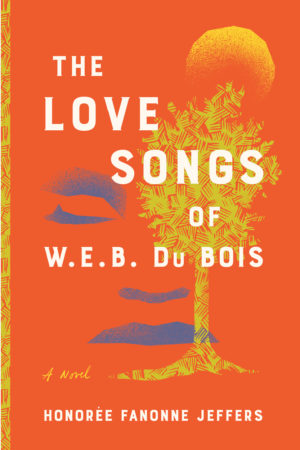 HONORÉE FANONNE JEFFERS is gifted poet, essayist, and novelist whose work is “a thinking woman’s blues that continues to challenge, delight, and terrify” (Elizabeth Alexander). Raised throughout the South, Jeffers is the author of five award-winning poetry collections including The Gospel Barbecue, Outlandish Blues, and Red Clay Suite. Her fifth collection The Age of Phillis was nominated for the National Book Award, the PEN/Voelcker Award, and the Los Angeles Times Book Prize and won the NAACP Image Award. About The Age of Phillis, Cyrus Cassells writes, “With passion and epic precision, Honorée Fanonne Jeffers renders Phillis Wheatley’s unprecedented predicament and genius in rich and kaleidoscopic fashion….This masterful book is a fountain of spirited dedication and lucid reclamation, and contemporary American poetry is richer for it.”

Jeffers will read from and talk about her debut novel The Love Songs of W.E.B. Du Bois, which was named a most-anticipated book of the season by Goodreads, People, USA Today, and The Observer. Jacqueline Woodson describes the book as “a sweeping, brilliant, and beautiful narrative that is at once a love song to Black girlhood, family, history, joy, pain, and so much more.” A starred Kirkus review adds, “If this isn’t the Great American Novel, it’s a mighty attempt at achieving one.” For her lifetime of work on race, gender, and culture, Jeffers has been honored with the Harper Lee Award for Literary Distinction and inducted in the Alabama Writers Hall of Fame. Jeffers is an Associate Professor of creative writing at the University of Oklahoma. 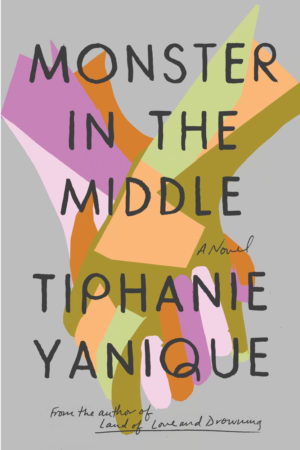 “TIPHANIE YANIQUE is a prodigiously talented new writer with a sharp voice, wicked humor, and compassion beyond measure,” says Tayari Jones. A former Houstonian, Tiphanie Yanique received an Inprint C. Glenn Cambor Fellowship while earning an MFA from the University of Houston Creative Writing Program. With the publication of her debut short story collection How to Escape a Leper Colony, Yanique was named to the National Book Foundation’s prestigious “5 Under 35” list. Yanique’s first novel Land of Love and Drowning, which draws on her upbringing in the U.S. Virgin Islands, won the Flaherty-Dunnan First Novel Award, the Phillis Wheatley Award for Pan-African Literature, and the Rosenthal Family Foundation Award from the American Academy of Arts and Letters. According to BookPage, “Yanique’s vivid writing, echoing Toni Morrison and Gabriel García Márquez, builds a whole world within its language and cadence.” Listed by The Boston Globe as one of the “16 Cultural Figures to Watch Out For,” Yanique is also the author of the poetry collection Wife and the children’s book I Am the Virgin Islands, which was commissioned by the First Lady of the Virgin Islands.

She joins us to read from and talk about her new novel Monster in the Middle, which Natasha Trethewey calls “a compelling exploration of how we become who we are and how we manage to find our way to love. In her lyrical prose, the myriad possibilities of being coalesce into something that feels, gloriously, like destiny.” Yanique, who was inspired to become a writer by her librarian grandmother, is an Associate Professor of creative writing at Emory University.

JOY SEWING is the Houston Chronicle’s lifestyle and culture columnist, covering topics from pop culture and fashion to parenting and race. She is a veteran journalist who has worked for The Kansas City Star and New York Post and has written for many magazines including Time and People. The Houston native is the author of Ava and the Prince: The Adventures of Two Rescue Pups, a picture book about her own rescue boxer dogs. Joy also is the founder of Year Of Joy, a nonprofit organization with a mission to spread joy to children from underserved communities in Houston. A former competitive ice skater, Joy became Houston’s first professional African-American ice-skating coach while in college.