EVENT DETAILS: This in-person reading will take place at a centrally-located venue in Houston, Texas, and will be available to season subscribers for viewing on the Inprint website; More details to come. Hernan Diaz will give a brief reading from his new novel Trust, followed by an on-stage conversation with Mark Haber, bookseller at Brazos Bookstore, and a book sale and signing. 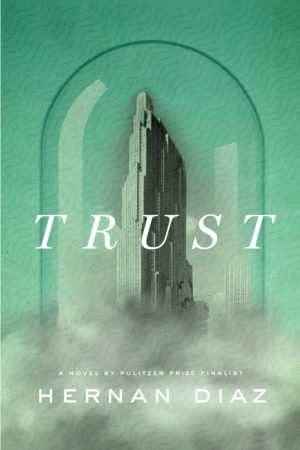 Born in Argentina and raised in Sweden, HERNAN DIAZ is a celebrated fiction writer whose debut novel In the Distance was called “an original Western” that is “bound to live on as a classic” (The New York Times). An instant success, In the Distance was a finalist for the Pulitzer Prize and the PEN/Faulkner Award and winner of a Whiting Award and the Saroyan International Prize for “a gorgeously written novel that charts one man’s growth from boyhood to mythic status as he journeys between continents and the extremes of the human condition” (Pulitzer Prize finalist citation). “A page-turning adventure story that’s also a profound meditation on solitude and companionship, foreignness, and home,” says The Guardian, “One of the many delights of In the Distance is the way the writing oscillates between the austere and the lyrical, the realistic and the dream-like.” Diaz is also the author of the nonfiction book Borges, between History and Eternity and edits the Spanish academic journal Revista Hispánica Moderna. He has published essays and short stories in The New York Times, The Paris Review, Cabinet, Kenyon Review, Granta, and elsewhere. Diaz will read from and talk about his new novel Trust, a story of wealth and talent, trust and intimacy, and truth and perception in 1920s New York City. Chronicling the controversial marriage of a Wall Street tycoon and the daughter of a penniless aristocrat, Trust explores how power and money can manipulate facts and reality. Diaz, who lives in Brooklyn, New York, is the Associate Director of the Hispanic Institute at Columbia University.

MARK HABER is the operations manager and a bookseller at Brazos Bookstore. His debut novel, Reinhardt’s Garden, was nominated for the 2020 PEN/Hemingway award for debut novel. His second book, Saint Sebastian’s Abyss will be released in May 2022.