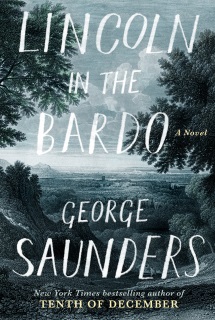 George Saunders will give a “choral” reading from his new novel Lincoln in the Bardo, along with five Alley Theatre actors, followed by an on-stage conversation with Houston writer and University of Houston Creative Writing Program faculty member Alexander Parsons, and a book sale and signing.

GEORGE SAUNDERS is “an essential literary figure for our time,” according to The Washington Post, and The Wall Street Journal writes, “It’s no exaggeration to say that short story master George Saunders helped change the trajectory of American fiction.” His collection Tenth of December, winner of The Story Prize and the Folio Prize, was a finalist for the National Book Award and named one of The New York Times “10 Best Books of 2013.” “No one writes more powerfully than George Saunders about the lost, the unlucky, the disenfranchised …. It’s a measure of Mr. Saunders’s talents as a writer — his brassy language, narrative instincts, bone-deep understanding of his characters — that he takes what might have been a contrived and sentimental parable and turns it into a visceral and moving act of storytelling” (The New York Times). His other works include the New York Times Notable Books Pastoralia and CivilWarLand in Bad Decline, In Persuasion Nation, and Congratulations, by the way: Some Thoughts on Kindness. He will read from his new work Lincoln in the Bardo, his first novel, which comes out in February. Unfolding in a graveyard over the course of a single night and narrated by a dazzling chorus of voices, the story is about the death of Abraham Lincoln’s eleven-year-old son, Willie, at the dawn of the Civil War. Saunders, a MacArthur “genius” fellow, was named one of Time’s 2013 “100 Most Influential People in the World.”

To order books by George Saunders at a discount click here.

“This Week in Fiction: George Saunders on Authorial Bullying, Parenting, and Consciousness After Death,” by Deborah Treisman, The New Yorker, February 1, 2016

“George Saunders Explains How to Tell a Good Story,” The Atlantic.com, Video by Tom Mason and Sarah Klein, December 8, 2015

“George Saunders Has Written the Best  Book You’ll Read This Year,” by Joel Lovell, a review of Tenth of December, The New York Times Magazine, January 3, 2013