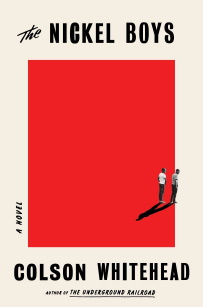 COLSON WHITEHEAD is, according to George Saunders, “a splendidly talented writer, with more range than any other American novelist currently working – he can be funny, lyrical, satirical, earnest – whatever is needed by the work.” He is the author of seven novels and two works of nonfiction, including his first novel, The Intuitionist, which John Updike in The New Yorker called “ambitious,” “scintillating,” and “strikingly original.” In 2016, Whitehead published the #1 New York Times bestseller The Underground Railroad, about a young woman’s will to escape slavery and a literal “underground railroad” with engineers and conductors operating a secret network of tracks and tunnels beneath the South, for which he earned both the Pulitzer Prize and National Book Award – only the sixth writer ever to win both for the same book. Named a best book of the year by The New York Times Book Review, The Washington Post, The Boston Globe, and others, The Underground Railroad is considered an “American masterpiece” (NPR). Whitehead returns to Houston with his new book The Nickel Boys, “a stunning novel of impeccable language and startling insight” (Publishers Weekly), based on true events from a boys’ reformatory in Jim Crow-era Florida, about two African American teens whose polarizing world views echo beyond the decades. Whitehead’s many honors include Guggenheim and MacArthur “genius” Fellowships and a Whiting Writers Award. He has taught at many universities, including the UH Creative Writing Program.