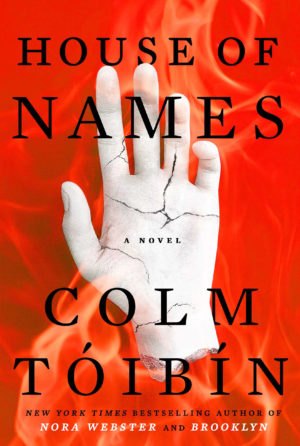 COLM TÓIBÍN “is an immensely gifted and accomplished writer who has covered a remarkable range of subjects,” writes Jonathan Yardley in The Washington Post, and the Independent says, “It is impossible to read Tóibín without being moved, touched and finally changed.” Three times shortlisted for the Man Booker Prize, the internationally celebrated Irish writer has received critical acclaim for his novels, short stories, nonfiction works, plays, and poetry. His eight novels include The Blackwater Lightship, made into a feature film; The Master, about Henry James, winner of the Los Angeles Times Book Prize and Dublin IMPAC Prize; Brooklyn, winner of the Costa Book Award and made into an Oscar-nominated film; The Testament of Mary, which Tóibín adapted for the Broadway stage; and Nora Webster, winner of the Hawthornden Prize and described as “heart-rendingly transcendent” by The New York Times. About Brooklyn, The New Yorker says, “Tóibín creates a narrative of remarkable power …. [and] leaves us with a renewed understanding that to emigrate is to become a foreigner in two places at once.” He is also author of the story collections Mothers and Sons and The Empty Family and several nonfiction books, including recently New Ways to Kill Your Mother and On Elizabeth Bishop. His work has been translated into more than 30 languages. His forthcoming novel House of Names, a retelling of the legend of Clytemnestra and Agamemnon, comes out in May 2017.

“An ancient story of revenge, made new again,” by Alyson Ward, Houston Chronicle, May 7, 2017

“What Henry didn’t do,” by Michael Wood, a review of Tóibín’s novel The Master in the London Review of Books, March 18, 2004

“Mothering,” by Terry Eagleman, a review of Tóibín’s 1999 novel, The Blackwater Lightship, in the London Review of Books, October 14, 1999