Reading followed by an on-stage interview – conducted by author/former Houston First Lady/member of the Houston Chronicle Editorial Board Andrea White – plus a book sale and signing.

To order books by Barbara Kingsolver at a discount click here. 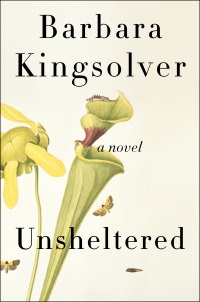 BARBARA KINGSOLVER is “a gifted magician of words,” according to Time, and “a writer of rare ambition and unequivocal talent,” writes the Chicago Tribune. With a literary career that has spanned three decades and encompassed award-winning works of fiction, poetry, and creative nonfiction, Kingsolver’s work touches on vital themes of social justice and the environment. Her bestselling novel The Poisonwood Bible won the National Book Prize of South Africa, was chosen for Oprah’s Book Club, and was a finalist for the Pulitzer Prize, the Orange Prize, and the PEN/Faulkner Award. The Lacuna, which the Seattle Times described as “a sweeping mural of sensory delights and stimulating ideas about art, government, identity and history,” received the Orange Prize. Her novel Flight Behavior was named a “Best Book of the Year” by the Washington Post and USA Today.  Her nonfiction New York Times bestseller Animal, Vegetable, Miracle: A Year of Food Life won the James Beard Award and was praised by the Washington Post Book World as “charming, zestful, funny and poetic… a serious book about important problems.” Kingsolver, a recipient of the National Humanities Medal, the Dayton Literary Peace Prize and founder of the PEN/Bellwether Prize, has been widely anthologized, and her works are translated into more than 25 languages. She will read from her new novel, Unsheltered.