Tickets for this reading are SOLD OUT.

PLEASE NOTE: Even though tickets for the Inprint Margarett Root Brown Reading Series event featuring Annie Proulx at 7:30 pm, Wortham Center, are sold out, there will be an Inprint Craft Talk/Q&A with Annie Proulx, free and open to the public, on Monday, January 23, 1 pm, at the University of Houston Honors College Commons, M. D. Anderson Library, entrance #1 off of Calhoun Road. The reading will be video taped in partnership with Houston Public Media, and will be available for viewing on the Inprint Archive of Readings and at houstonpublicmedia.org/inprint a few days after the reading. 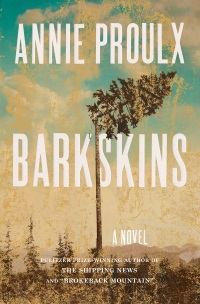 ANNIE PROULX is one of the most respected authors of our time. The Boston Globe writes, “Few writers feel equally at home in the novel and the short story,” and The Atlanta Journal-Constitution says, “Proulx goes where few others would.” Her novel The Shipping News made her an international celebrity in the 1990s, winning the Pulitzer Prize, the National Book Award, and the Irish Times International Fiction Prize. USA Today described it as “alive, funny, a little threatening; packed with brilliantly original images … and, now and then, a sentence that simply takes your breath away.” Her story “Brokeback Mountain,” which originally appeared in The New Yorker and won O. Henry and National Magazine Awards, was made into an Oscar- and Golden Globe-winning film. Her other works include the PEN/Faulkner Award-winning Postcards, The New Yorker Book Award-winning Close Range: Wyoming Stories, and Bird Cloud: A Memoir. Proulx comes to Houston to share her latest novel Barkskins, a saga which, with its vivid cast of characters spanning 300 years, serves as “a memorable plea against deforestation,” according to the Houston Chronicle. Booklist writes, in a starred review, “Proulx’s signature passion and concern for nature … charge[s] this rigorously researched, intrepidly imagined, complexly plotted, and vigorously written multigenerational epic …. nothing less than a sylvan Moby-Dick.” Publishers Weekly calls it “a monumental achievement, one that will perhaps be remembered as her finest work.”

“Annie Proulx, The Art of Fiction No. 199,” interviewed by Christopher Cox, The Paris Review, Spring 2009

“The Half-Skinned Steer,” by E. Annie Proulx, The Atlantic, November 1997