Please note that  Inprint and Houston Public Media will live stream this reading which you will be able to access at inprinthouston.org and houstonpublicmedia.org/inprint.  For details click here. 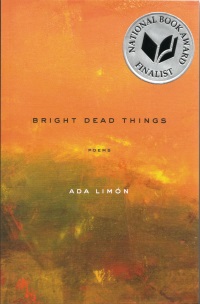 “ADA LIMÓN’s power is in speaking plainly, giving her ideas enough space to breathe, and ending poems with potent last lines,” says Front Porch. Her most recent poetry collection Bright Dead Things was a finalist for the 2015 National Book Award and National Book Critics Circle Award, and one of The New York Times “Top Ten Poetry Books of the Year.” Library Journal calls it “generous of heart, intricate and accessible … wondrous and deeply moving,” and the Washington Independent Review of Books writes, “This is poetry alive with exuberance and exciting moments …. Good spirited and dynamic … poems with buoyancy and integrity.” Her other poetry collections include Lucky Wreck, winner of the Autumn House Poetry Prize; This Big Fake World, winner of the Pearl Poetry Prize; and Sharks in the River. Limón’s work has appeared in The New Yorker, American Poetry Review, and elsewhere. 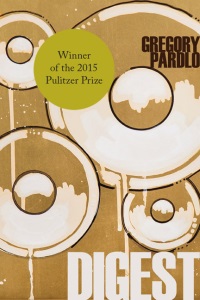 GREGORY PARDLO’s poems, according to The Washington Spectator, “deftly evoke sociology, jazz, philosophy, African-American lit, Russian cinema, Greek mythology, European travel, film noir, hip hop, and a host of other topics.” His second collection, Digest, won the 2015 Pulitzer Prize, was shortlisted for the NAACP Image Award, and was a finalist for the Hurston-Wright Legacy Award. The New York Times describes Digest as “a brainy, compassionate book that uses a pleasingly large stylistic palette to paint a portrait of fatherhood, racial politics, and Brooklyn before it became a place to buy $30 glasses of bourbon.” Pardlo’s first poetry collection Totem was selected by Brenda Hillman for the American Poetry Review/Honickman Prize. He is translator of Niels Lyngsø’s Pencil of Rays and Spiked Mace: Selected Poems, and his work has appeared in the Boston Review, The Nation, Ploughshares, and elsewhere. Pardlo’s memoir-in-essays Air Traffic is forthcoming from Knopf.

To order books by Ada Limón & Gregory Pardlo at a discount click here.

“To What Do We Owe This Pleasure: On the Value of Not Writing,” by Ada Limón, on Richard-Blanco.com, January 24, 2016

“An Interview with Poet Ada Limón,” by Suzannah Windsor, in Composejournal.com, April 21, 2014.

Podcast of Gregory Pardlo discussing his Pulitzer Prize-winning book Digest, on PBS.org, May 22, 2015