General admission tickets for $5 will go on sale Tuesday, August 16, 12 pm noon and will be available on this webpage. For more information on season subscriptions, click here.

Nobel Prize winner Abdulrazak Gurnah will read from his new novel Afterlives, followed by an on-stage conversation with celebrated author and Rice University faculty member Kiese Laymon. The evening will conclude with a book sale and signing. 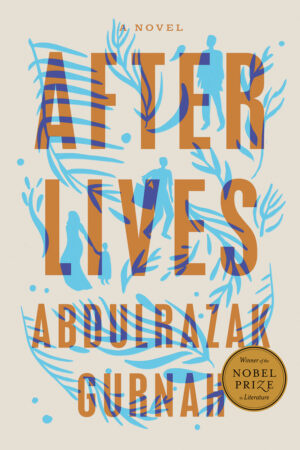 ABDULRAZAK GURNAH was awarded the 2021 Nobel Prize in Literature “for his uncompromising and compassionate penetration of the effects of colonialism and the fate of the refugee in the gulf between cultures and continents” (Nobel selection committee). Gurnah is the author of 10 works of fiction that draw on his experience fleeing Zanzibar (now part of Tanzania) as a young refugee, including the novels Memory of Departure, Desertion, The Last Gift, and Gravel Heart. He is a two-time Booker Prize nominee for the novels By the Sea and Paradise, which The New York Times calls “a poignant meditation on the nature of freedom and the loss of innocence, for both a single sensitive boy and an entire continent.”

Gurnah joins us to share his new novel Afterlives, “a profound account of empire and everyman that is not to be missed” (Publisher’s Weekly, starred review). A multi-generational saga of displacement, Afterlives “explores what is gained and what is lost in the name of survival” (TIME). According to The Times of London, “One scarcely dares breathe while reading it for fear of breaking the enchantment.” Gurnah is a Fellow at the Royal Society of Literature and Professor Emeritus of English and Postcolonial Literature at the University of Kent.

KIESE LAYMON is a Black southern writer from Jackson, Mississippi. He is the author of the genre-bending novel Long Division and the essay collection How to Slowly Kill Yourself and Others in America. Laymon’s bestselling memoir Heavy: An American Memoir won the 2019 Andrew Carnegie Medal for Excellence in Nonfiction, the 2018 Christopher Isherwood Prize for Autobiographical Prose, and was named one of the 50 Best Memoirs of the Past 50 Years by The New York Times. He is the Libby Shearn Moody Professor of Creative Writing and English at Rice University.