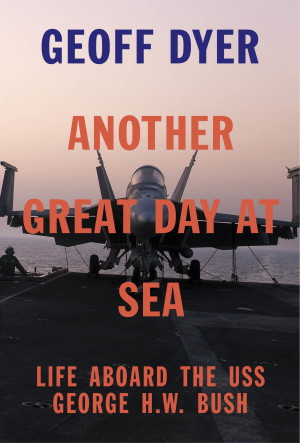 GEOFF DYER “is to essays what Anthony Bourdain is to food,” according to the Los Angeles Times. Publishers Weekly calls him “a modern Montaigne.” “One of our greatest living critics, not of the arts but of life itself, and one of our most original writers” (New York Magazine), he is the author of six genre-defying books, including But Beautiful: A Book about Jazz, The Missing of the Somme, Out of Sheer Rage: Wrestling with D.H. Lawrence, and the award-winning Yoga for People Who Can’t Be Bothered to Do It, plus four novels. A selection of essays titled Otherwise Known as the Human Condition won the National Book Critics Circle Award for Criticism. His newest work Another Great Day at Sea chronicles his two weeks aboard the aircraft carrier the USS George H.W. Bush. The San Francisco Chronicle writes, “With this generous, illuminating and very funny book, Geoff Dyer, one of the most inquisitive writers in the English language, has proven his writing chops on land and at sea.” Annie Dillard says, “What could be better than weeks far away on the flat seas of the Arabian Gulf with Geoff Dyer? He is, if possible, even more witty and charming than usual.”

To order books by the author at a discount click here.

Review of Another Great Day at Sea, by Geoff Dyer in the Chicago Tribune, July 11, 2014.

“Diary,” by Geoff Dyer, in London Review of Books, April 3, 2014. Dyer writes an account of having an ischemic stroke.

An interview with Geoff Dyer in The Paris Review, Winter 2013.

An interview with Geoff Dyer in The Believer, March 2012.