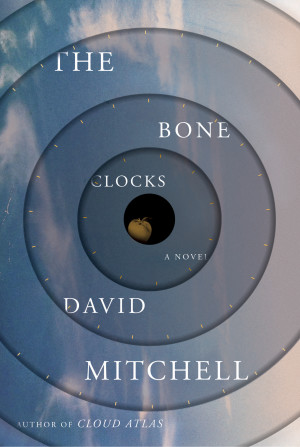 “DAVID MITCHELL is clearly a genius,” declares The New York Times Book Review. The author of the blockbuster novels Cloud Atlas, The Thousand Autumns of Jacob de Zoet, Black Swan Green, Number9Dream, and Ghostwritten, Mitchell was named one of the 100 most influential people in the world by Time in 2007. According to The Washington Post, he is “the novelist who’s been showing us the future of fiction.” Number9Dream and Cloud Atlaswere shortlisted for the Man Booker Prize, and Cloud Atlas, which won the British Book Awards Best Literary Fiction award, was made into a feature film in 2012. Mitchell has also co-translated from Japanese the bestselling memoir The Reason I Jump. Mitchell will be joining us to read from his new novel The Bone Clocks, which will be released in the U.S. in September. New York Magazine writes in its review, “Every new Mitchell novel is an event …. Mitchell returns to the genre-skipping, globe-trotting, techno-spiritual ambitions of his astonishing Cloud Atlas, taking even greater risks at even greater length.” A Publishers Weekly starred review says, “With its wayward thoughts, chance meetings, and attention to detail, Mitchell’s novel is a thing of beauty.”